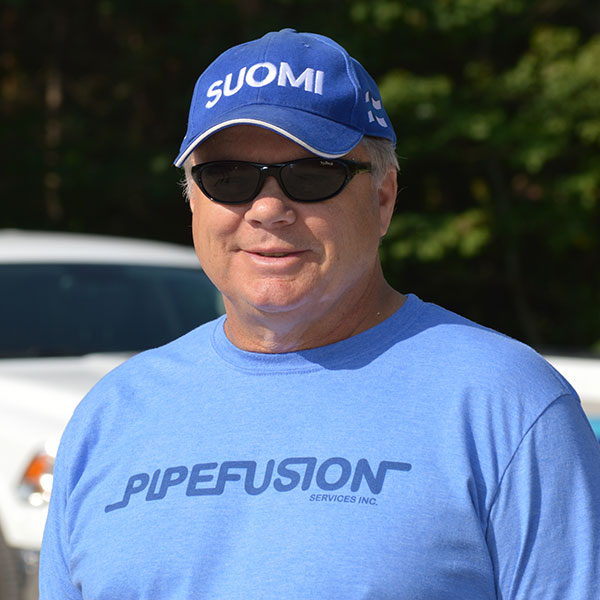 Jan Nyquist is the President and Founder of Pipefusion Services Inc. He has lived in Huntsville since 1968 and has been involved in every aspect of selling, joining and installing polyethylene pipe for more than three decades. Being a dual citizen of the United States and Canada, Jan has an extensive background in both countries. His career with polyethylene began in the late seventies at the Fittings Division of a major polyethylene pipe manufacturer as an extruder operator, fittings fabricator and fusion technician. He recognized instantly how challenging and interesting the field was and knew that he had found his career.

In 1981, he formed Pipefusion Services Inc., becoming one of the first independent fusion contractors in the country. In 1995 Jan rejoined his previous employer, then larger with an extended international reach, this time as Fittings Division Manager. His responsibilities included the management of two Fittings Divisions in North America, which produced fabricated fittings of all types and; the Field Service Operation, which supplied pipe joining services and equipment rentals to end users throughout North America and elsewhere. As a member of the Senior Management Team and Global Fittings Task Force at the company, Jan Nyquist gained a much higher knowledge of the industry, particularly on an international level. During his tenure with the company, Jan Nyquist was involved with numerous high level projects in Canada, the United States, South America and specific projects overseas.

It was the desire to share his knowledge and enthusiasm with others that motivated Jan to return to the field in an owner-operated capacity in 1999. Since that time he has refined and developed his enormously successful dock and pontoon business which utilize the same technology in fusion and polyethylene pipes which have become the standard for floating docks in Ontario and elsewhere. In his spare time Jan enjoys skiing, motorcycling, tennis, boating and travelling to name a few of his pastimes.