Huntsville Rotarians, their family and friends gathered at Hidden Valley Resort on December 16 for a little festive celebration, shenanigans and fellowship with one purpose in mind. The Rotary Club of Huntsville honoured Jan Nyquist with a Paul Harris Fellow Award.

Among the highlights was an award presented to an unassuming yet very successful businessman, and one of Rotary’s greatest supporters. He is the man behind the swim-up coffee station at the Ironman, an ice bar at Winterfest, and the impressive ‘NyDock docks where musicians belt out tunes at Huntsville’s waterfront festivals. He is also known for quietly supporting a host of other community initiatives and events.

Jan Nyquist was thanked for that support and presented with a Paul Harris Fellow award. That award, while customarily presented within the Club to Rotarians who reach a certain level of monetary contribution to Rotary for its community and international work, is also bestowed externally to someone who goes above and beyond for both Rotary and their community. 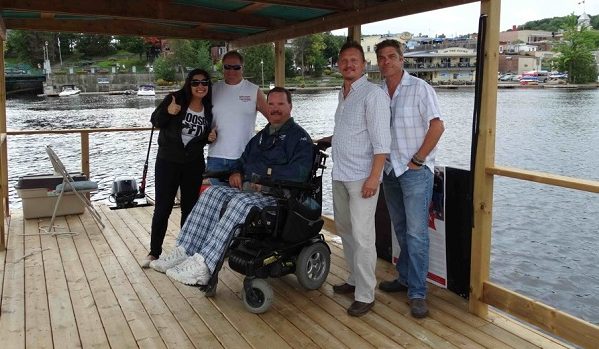 “Internally it’s more of a monetary recognition for a Rotarian but when it’s given to a community member it has a bit more meaning from the point of view of outstanding effort, explained Rotarian Rob Saunders. “He got the award for not just his work for Rotary; he got his award for his work with the community specifically his support of the Ironman and the 70.3. He’s been donating a lot of his product, equipment and manpower to help those community events. 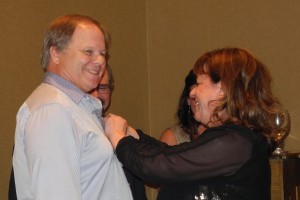 From Rotary’s point of view, Saunders also noted Nyquist’s contributions to the club’s Duck Derby when it was raising funds for Huntsville’s skateboard park.

“He provided barging and all sorts of piping to allow us to create the duck race and subsequent to that he’s been involved in all of our DockFest events with, again, manpower as well as material and equipment. The recognition is just the fact that he’s never really asked for any thanks, he just seems to be happy to do it.

This year’s Rotary Club President Brandy Van Gelder also noted Nyquist’s support in 2015 when she was fundraising to climb to Mount Everest’s base camp in support of SOS Children’s Villages, which provides food and shelter for abandoned children.

“He’s donated his personal time and resources from his business to the community, said Van Gelder, also pointing to Nyquist’s help with Rotary’s DockFest fundraiser as well as helping an individual in the community with wheelchair accessibility. 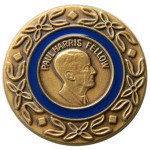 “A well-deserved award, added Rotarian Mary Rashleigh, who described him as a “wonderful benefactor”.

Not one comfortable talking about himself, when Doppler contacted Nyquist about the award he said he was surprised to receive the recognition, he thanked Rotary for presenting him with the award and said he was humbled.

The award is named after Paul Harris, Rotary International’s founder.

Pipefusion offers quality products, competitive pricing and reliable service. There is no request too small or job too complex. Contact us today for a free quote.

Muskoka ON: The Story of a Little Floating Tent
Once upon a time, we had a client…
Read More